I installed 3 Philips Hue bulbs in my porch for Halloween and made this walkthrough video of the iMakeStuff Hue Halloween app. There are 3 recessed fixtures above the porch with densely  frosted white lenses and the Hues worked great. The Hues are color changing, RGB LED, edison base bulbs, and they can be controlled by ZigBee.

END_OF_DOCUMENT_TOKEN_TO_BE_REPLACED 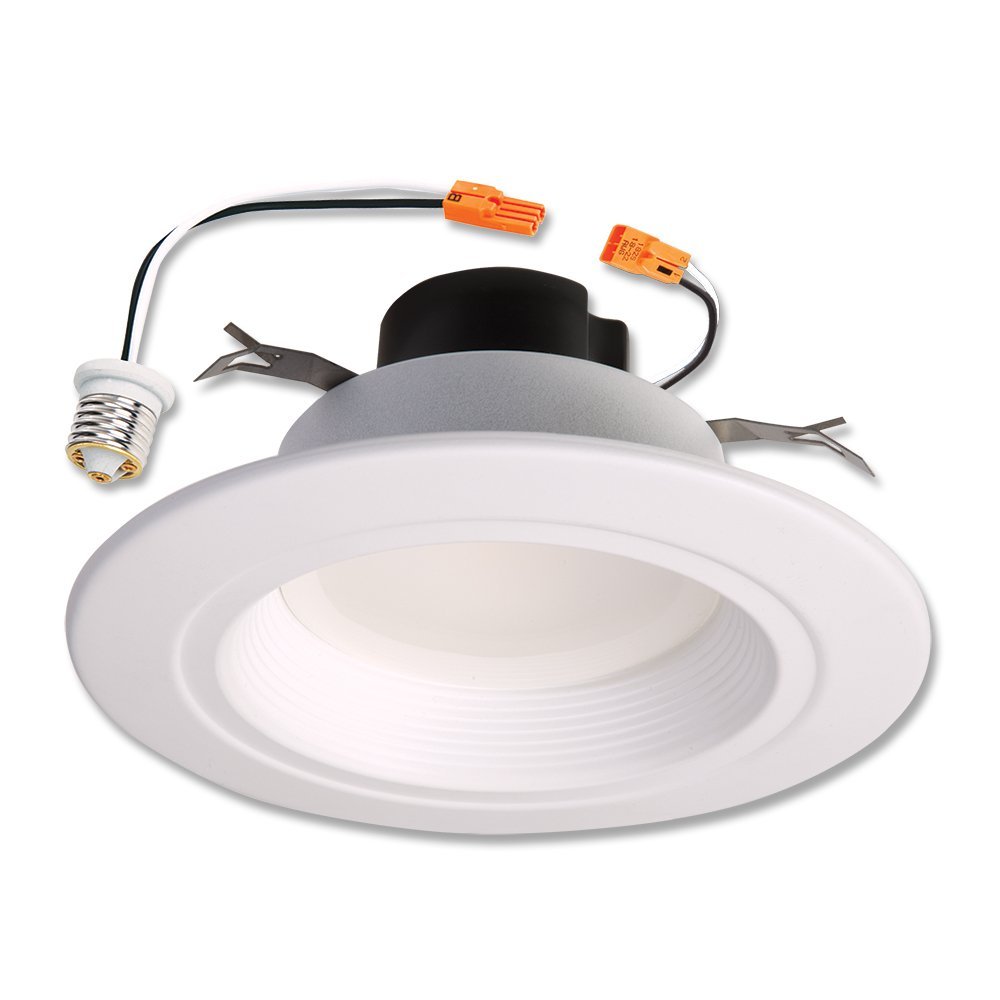 After completing the Ultimate 6 Inch Recessed Lighting LED Shootout, I decided to replace the recessed light in my shower. The Halo was the most expensive of the bunch, but it fared well on brightness, energy usage, and turn-on time. The box the Halo shipped in mentioned it was Shower Ready, rated for wet and damp installation, and generally had the best design for a wet location.

In it went, and what a difference, going from a CFL behind a frosted glass lens to the Halo LED made! It’s almost too bright, I won’t complain though, it helps me wake up in the morning. 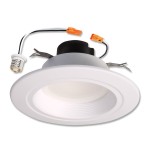 Just heading home to test out a few new fixtures, had to post a picture. 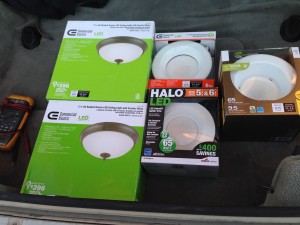 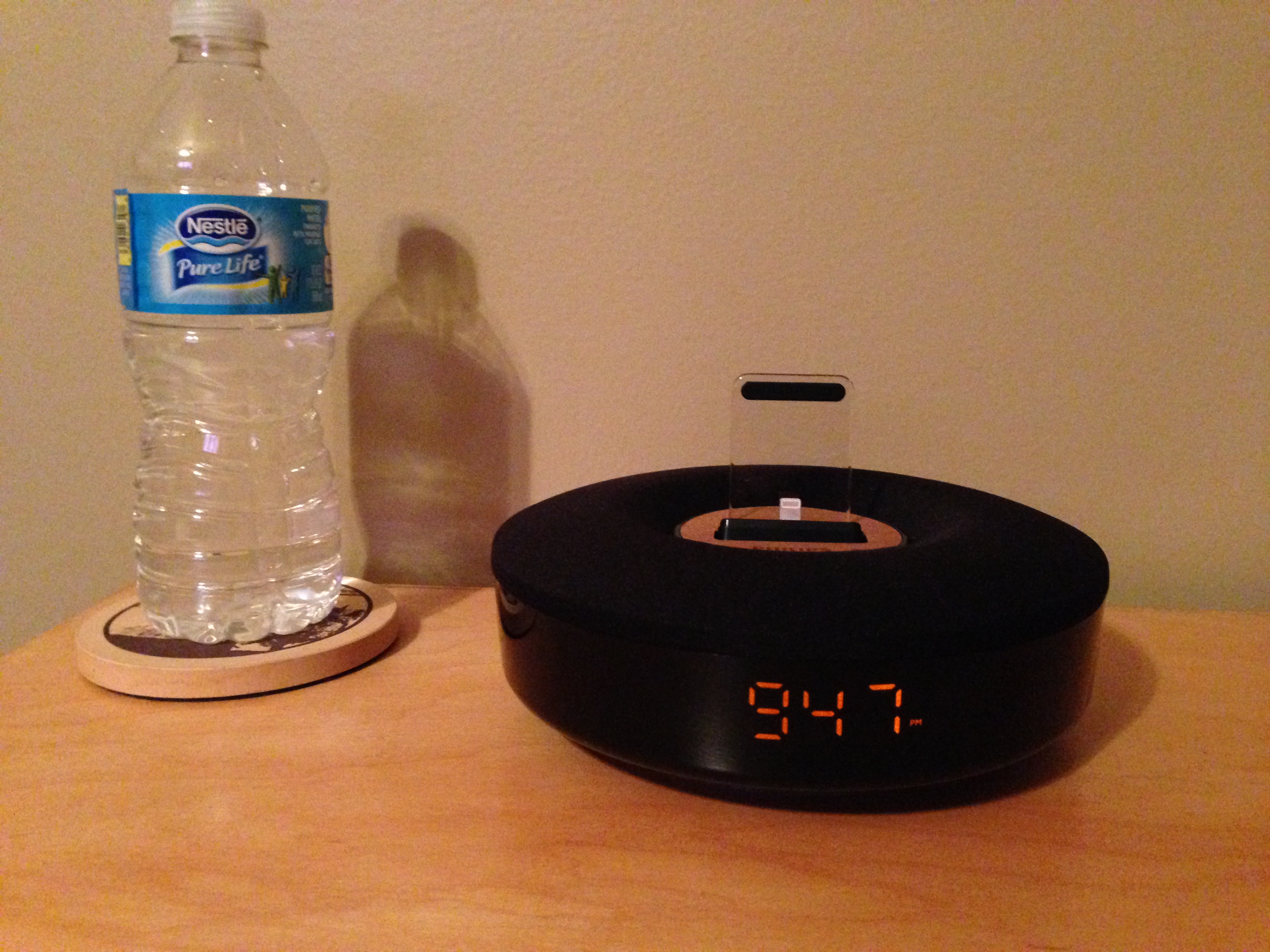 Update (12/29/16): Cree has changed the standard bulb to the plastic FlowForm version. This does not have the weather resistance offered by the original bulb. You can find the older 75w (13.5w) version here:

One of the very first lighting changes I made to my house was to replace the 13 Watt GE Helical CFLs on the front of my garage with the new Cree 9 Watt Daylight LED Light Bulbs. When I moved into the house I left these lights on 24/7, and there was concern about the power draw from leaving the lights on all time, causing me to look into LED replacements. I quickly searched the web for “best LED light bulb” and stumbled upon the Cree’s. I found one review that said they were the best, and I already knew they were selling for the lowest price at roughly $10 per bulb.

The name Cree is synonymous with high quality LED lighting, they build the diodes found in most high-end flashlights, and light engines for most professional stage lighting. Now with their foray into consumer lighting they’ve proven themselves again. These bulbs turn on instantly, are dimmable, a have very high CRI (90 or greater) ratings powered by the Cree TrueWhite® technology.

Long story short, I stopped by Home Depot, who happens to be the exclusive retailer of Cree bulbs, and picked some up. I installed them and the change blew me away. I use to be able to make out the driveway at night, now the driveway is fully illuminated and part of the street is too. No holds barred, I think these are the best screw in LED bulb money can buy right now. If you’re looking for a screw in replacement you can stop, just buy these. 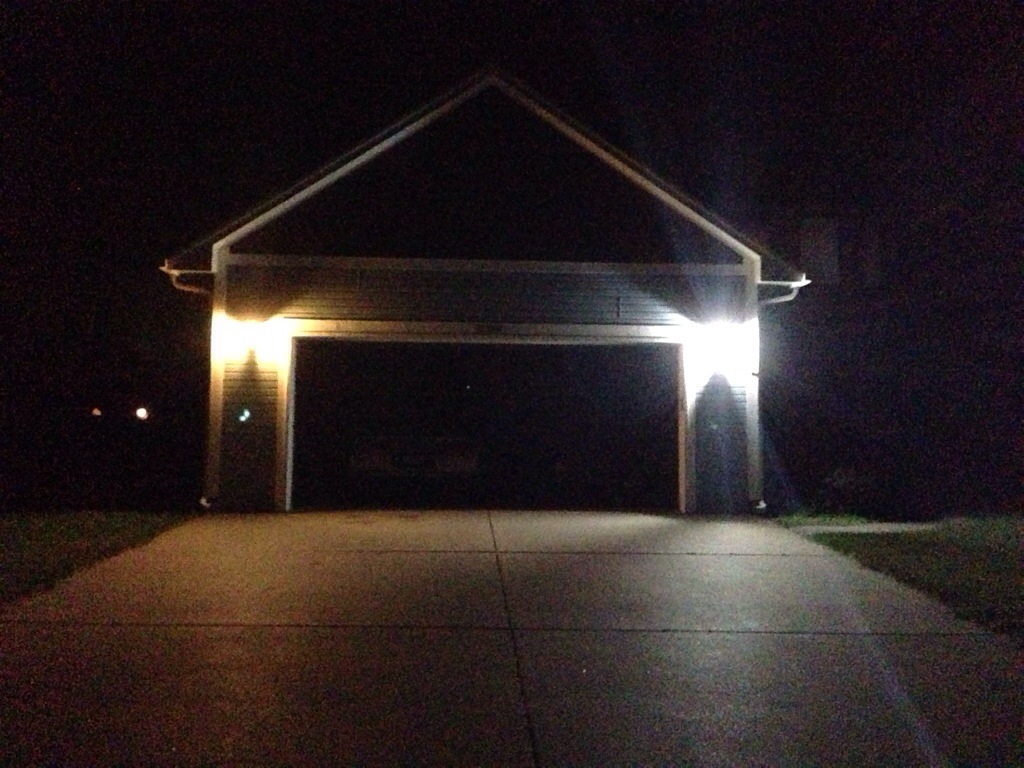 After Replacing Both Bulbs with the Cree Daylight LED Bulb, Garage Lights On For Color Temperature Comparison 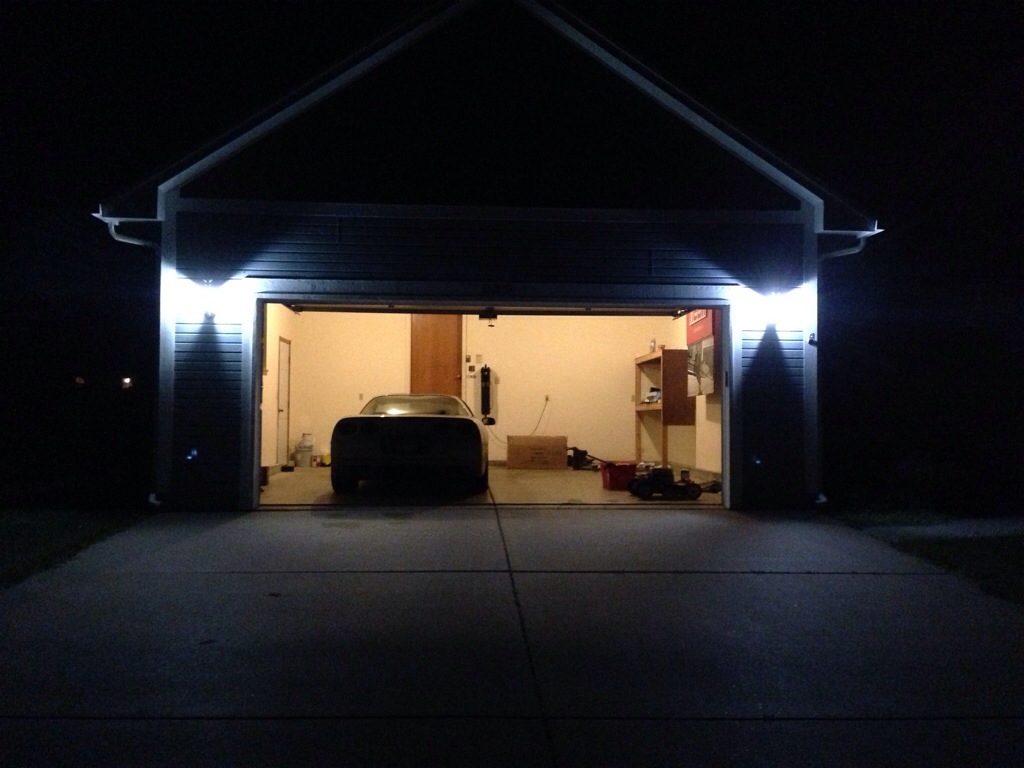 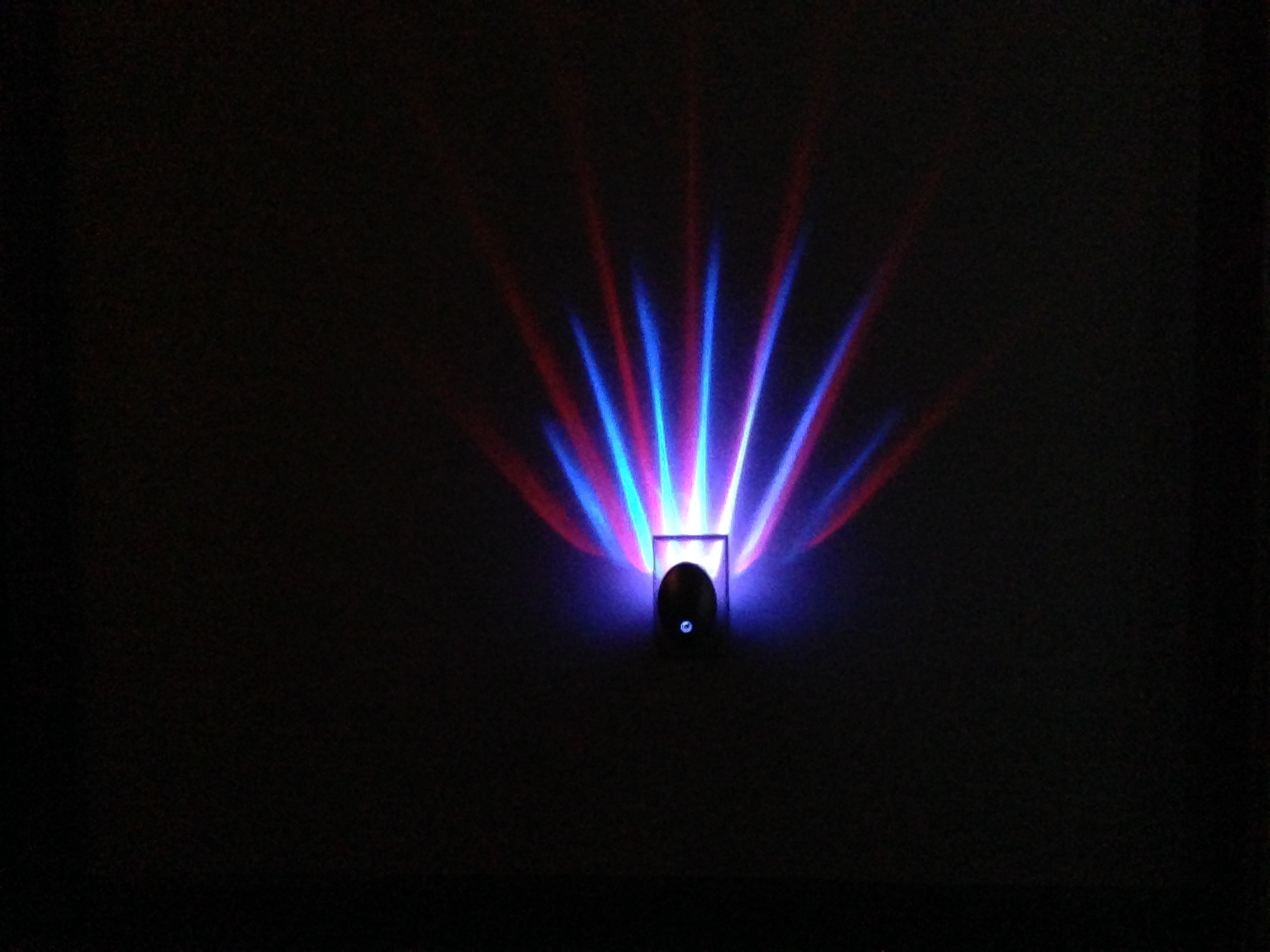 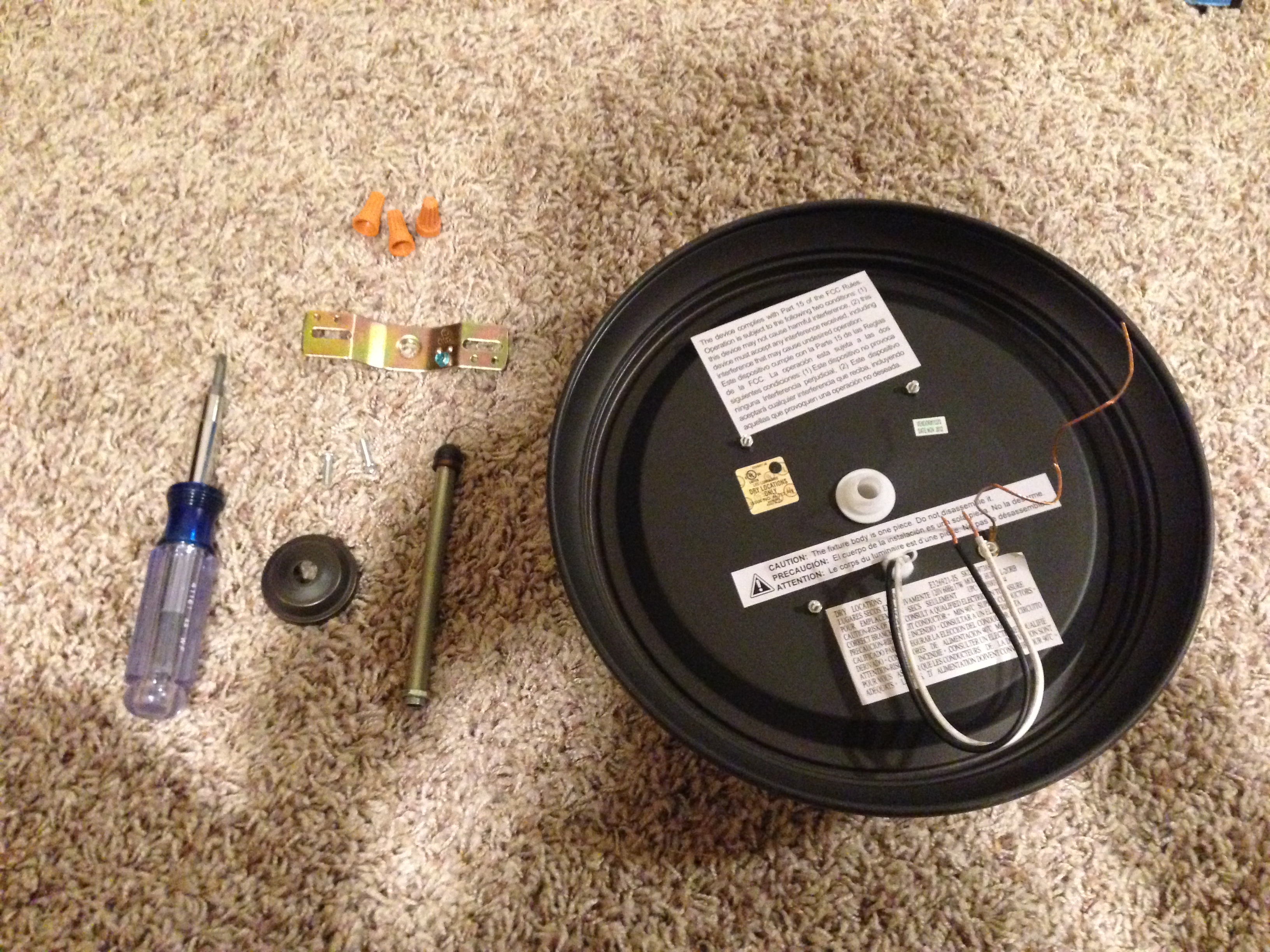 So you’ve decided to make the jump, you went out and picked up a brand new LED fixture and you’re ready to install it. What now? Well it probably came with instructions that you already placed in the trash, so I’ll try cover the main points.

Disclaimer: This guide is not meant to be a substitute for common sense or the manual that came with the fixture, use those first.  I am not a licensed electrician.